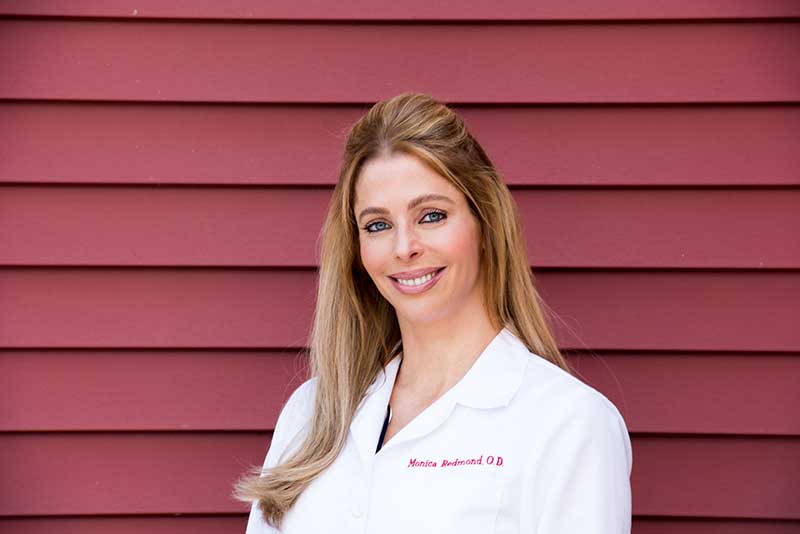 Dr. Monica Redmond grew up in New Jersey and southeast Pennsylvania. During high school she became interested in the medical field, particularly Optometry.  She attended Old Dominion University in Norfolk, VA for which she earned a BS in Biology and a minor in Chemistry. She completed her undergraduate degree in an accelerated program which enabled her to graduate in three years with honors. She then attended Pennsylvania College of Optometry and graduated with an additional BS after her first year and received her doctorate in 1994 with honors.

She worked at a large clinic outside of Philadelphia for many years alongside retinal, glaucoma, pediatric and cataract specialists. She was the director of the optometry department and acquired vast knowledge of many disease processes of the eye. This provided her a great foundation to open her own practice in upstate New York in 2005.